Quadriga CX Has Your Life’s Savings On Lock Down And You Can't Get Them Back!

Every investor’s nightmare – you put your money into a safe bet (is there ever such a thing?) and all looks great, and then – wham – it’s all gone or you can’t get it back which pretty much amounts to the same thing. 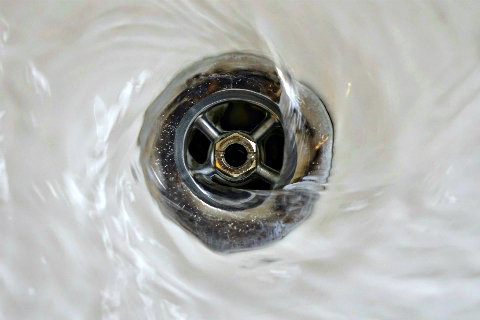 OK, you’re saying, this can’t happen to me. I certainly hope not - but it does happen all too frequently. Let’s look at just one recent example.

Up until late 2018 Gerald Cotten was not a name that immediately rang bells in the financial world. However, as of early December all that changed, and it is a name that has been ringing alarm bells for many.

Why exactly? Well, in simple terms Cotten, aged 30, was the CEO and a co-founder of QuadrigaCX a Canadian crypto exchange based in Vancouver until 9th December 2018, He was then reported to have been traveling in India and unexpectedly died from complications arising from Crohn’s Disease.

That is just the beginning of this saga which is seems set to run for some time as, with his death, Cotten took the passwords for access to an estimated $190 million worth of investors Bitcoin to the grave with him. 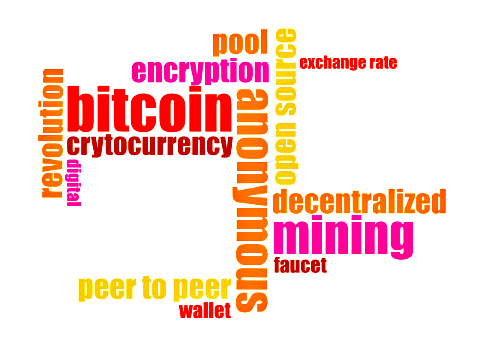 If we are to believe what is available in the media reporting, Cotten died from complications linked to Crohn’s disease.

In a statement issued recently from the Fortis Escorts hospital in Jaipur they confirm that Cotten was admitted on Dec. 8, 2018, at 9:45 p.m. and died from a cardiac arrest the next evening at 7:26 p.m. When he was first admitted to the hospital he was in septic shock and subsequently suffered two cardiac arrests before he died.

In a bid to defuse some of what many are seeing as unusual circumstances surrounding the Canadian’s demise they have even gone so far as to publish his death certificate online.

So what exactly is causing all the fuss and spread of rumour surrounding the chief executive of QuadrigaCX’s death?

As Canada’s biggest cryptocurrency exchange, Cotten was responsible for accessing thousands of Bitcoin, a cryptocurrency worth £2,600 per coin, on the company’s "digital wallets". All fine so far, except after his untimely death on December 9th his family and colleagues realised that the strict security measures he had adopted to guard his cryptocurrency vaults left them with no way to access the company’s deposits.

Cotten’s death has plunged QuadrigaCX into crisis and left it struggling to figure out how to refund more than 115,000 of its users.

He left all his assets to his wife, Jennifer Robertson, and made her the executor to his estate, the documents show.

Cotten was always conscious about security - the laptop, email addresses and messaging system he used to run the 5-year-old business were encrypted. He took sole responsibility for the handling of funds and coins and the banking and accounting side of the business and, to avoid being hacked, moved the “majority” of digital coins into what’s known as cold storage, or unconnected to the internet, a court filing has disclosed.

The problem is Robertson said she can’t find his passwords or any business records for the company. Experts brought in to try to hack into Cotten’s other computers and mobile phone met with only “limited success” and attempts to circumvent an encrypted USB key have been foiled, she said in a recent court filing.

“Dear Customers, today an order for creditor protection in accordance with the Companies’ Creditors Arrangement Act (CCAA) was issued to allow us the opportunity to resolve outstanding financial issues that have affected our ability to serve our customers.”

A further blow to the beleaguered company and the investor is the subsequent announcement that the Canadian regulator - the British Colombia Securities Commission (BCSC) - has ruled out assistance to users of cryptocurrency exchange after determining the firm was beyond its purview. This means that users are not entitled to any kind of investigative or compensatory action by the regulator.

In the statement, BCSC insisted that it is not aware of any business activities carried out by QuadrigaCX that fall under its regulatory scope. In an email to Bloomberg, a BCSC spokesperson said:

[BCSC] does not currently have any indication that QuadrigaCX, the crypto asset trading platform, was trading in securities or derivatives or operated as a marketplace or exchange under British Columbia securities laws.

Following on from this one significant factor that is raising suspicion is the fact that more than a month passed before the QuadrigaCX CX announced his death. This has given rise to ongoing speculation about whether Cotten is really dead and/or that this could be some elaborate scam. Others in the know have raised doubts as to whether QuadrigaCX really held cryptocurrency balances in cold storage at all.

To the investors who are on the losing side here one can sympathise with a view that Cotten’s death in India is suspicious. Allegedly, Vancouver’s QuadrigaCX had been having cash-flow problems for months. Adding to this just twelve days before Cotten’s death, the man made a detailed will, including money for his Chihuahua dogs — so the question being asked here is how did he neglect to include his laptop password? 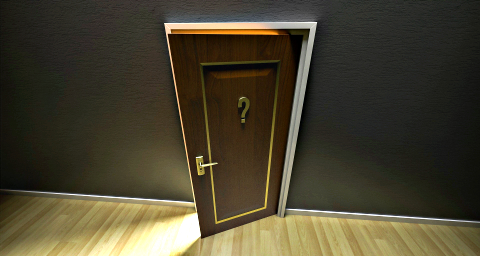 Whilst I am most certainly not making light of an extremely serious situation I can fully understand why the question now being asked by 115,000 investors seems to be - is this the sad tale of a young man falling before his time under an unusual chain of events or is it one of the greatest crypto heists of our time with Cotten faking his own death in order to pull off one of the most elaborate exit scams in history?

What do you think?

To be honest - I’d be pretty miffed if it was my life savings.

Cynic that I am I find it all a little strange and convenient especially for someone so allegedly tech-savvy and intelligent to overlook the fundamentals of vault access in times of the gatekeepers absence (temporary or permanent).

Perhaps of significance is that in a 2015 article here, Cotten quite clearly alluded to “….Quadriga’s security strengths, noting that the exchange uses multi-signature cold storage to secure bitcoin holdings…” and yet now we are led to believe (by his wife and fellow business associates) that Cotten held the sole key codes.

Offering further fuel to the conspiracy theorist’s fires is recent revelation that in the last two years Cotten’s widow, Jennifer Robertson, is reported to have bought properties to the value of approximately 7.5 Canadian dollars.

And for those of you that half believe the Neil Armstrong moon walk was staged on a film set by NASA rather than it actually taking place on the surface of the moon - you’ll love reading further conspiracy fuel theories here: https://breakermag.com/11-fishy-things-about-the-quadrigacx-mystery/

With QuadrigaCX now declaring itself insolvent the future looks decidedly dark for quite a few thousand investors - a plight all too readily highlighted in articles such as this Bloomberg one.

The lack of oversight and governance is is one of the dangers that all potential alt-coin investors need to seriously think about before they plunge in at the deep end.

Almost one year on and somethings just won’t lie down and die - especially when the matter in question concerns missing assets to the tune of CAD 250 million allegedly in wallet lock-down.

The back story is well outlined above, so I won’t bore you with those details again here, but it is the developments since Cotten’s disappearance that interest me still.

In October 2019 it was reported that Jennifer Robertson, Cotten’s ‘widow’ as part of a voluntary settlement in Ontario was to return in the region of CAD 12 million in assets from his estate to the company. But that was far from enough to appease the ire of the company’s investors left out of pocket.

To mire the waters even further, Quadriga CX’s co-founder, Michael Patryn, is allegedly a convicted felon who has changed his name/identity at least twice and has also, significantly, spent 18 months in a US Federal prison for bank fraud.

Notably - not that Wikipedia is a reliable source of information but it can be a good starting point - if you look up Gerald Cotten’s name, his entry there states “…possibly died in December 2018…”; now that’s a first for me.

CAD 250 million is a lot of money to forget and the questions remained - was it a scam? Was it a Ponzi? Is Cotten even really dead?

Faking one’s own death for profit, or criminality, is not entirely unheard of. Names like John Stonehouse, Ken Kesey and John Darwin immediately spring to mind – I’ll let you look them up.

So it is somewhat inevitably that a group of investors (wallet users) have got together, engaged a top Canadian law firm (Miller Thomson), who have in turn taken the exceptional (but perfectly legal) step to formally request that the Royal Canadian Mounted Police make moves to exhume ‘Cotten’ to:

The death at first appeared to be the tragic tale of a 30-year-old tech entrepreneur struck down of natural causes while on honeymoon. Now, however, as investors attempt to recoup millions of...

Meanwhile adding all little more fuel to the fire of rumours is the latest revelation that Argo Partners, a firm that specialises in purchasing distressed investments - others term them somewhat less politely as vulture investors - is currently interested in purchasing creditor claims in the QuadrigaCX case. So it seems that someone else believes there may still be money to be recovered here - watch this space!

Argo Partners is currently interested in purchasing creditor claims in the QuadrigaCX case. Argo has made markets in thousands of bankruptcy cases over the last 27+ years