Are Carbon Credits A Good Place To Invest Right Now?

An interesting fund proposition floated across my desk a while ago, well more precisely dropped into my email inbox and almost got deleted along with the many other ‘offers’ that are presented to me on a daily basis.

However for some reason, this one got saved from the immediate ‘delete to bin’ path. It’s only just now that I’ve got around to taking a second closer look; maybe I should have checked it out sooner, but with literally dozens of emails dropping into my inbox daily my hands and eyes on trading ‘up time’ is paramount with spam-type emails come way down the priority list.

Anyway, this is the headline that made me save it for a later look: “Carbon Credits – An Outstanding Risk / Reward Opportunity”. This certainly seemed a good hook line, so hats off to whoever had compiled their email shot headlines and tag lines as they’d done their homework. This had got my attention, albeit eventually. 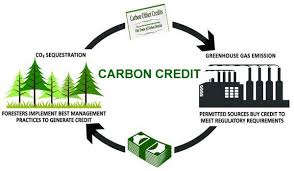 The nuts and bolts of the offer was an attractive investment opportunity whereby this ‘as yet unnamed company’ claimed to have seen potential multiple returns, as good as 2-4 times unlevered on the upside with limited downside of 30-50%.

The climate change express train is speeding up and not slowing down any time soon, in their view, as the major governments, and especially the EU, are fully committed to change and higher pricing. The upshot of this being that carbon emissions offer a positive supply demand dynamic coupled with regulatory environment designed to increase prices.

The sales spiel developed further with a following well-crafted pitch based on the following skeleton.

The opportunity being presented would provide investors with a unique advantage in the Carbon Emissions of the EU market with an extremely improved downside risk profile. Using Dynamic Knockout Options (DKO’s) to significantly reduce tail risk and enhance what they considered to be an already interesting risk/return trade. This is enhanced by the fact that, as a limited capacity opportunity, it captures the rising carbon market, whilst shielding any fall.

Does that sound good to you? In essence the sell to be in long carbon is simply based on a shrinking supply and increasing with full strong fully evaluated explanation for this theory.

A quick scan around many other various trading sources indicates that many new investors have seen new carbon-credit-trading funds as a new gold rush. Over the last 12 months this previously unknown market has performed exceptionally. In Europe alone over the last year the price of traded carbon credits has soared more than 120%. So with just that brief perusal there is clearly a not too shabby investment opportunity in this fledgling commodity.

But is it too late? Have you missed the bus/boat/train/plane?

I think not, with even tighter government controls on the near horizon, and the prospect of an all too possible bitter European winter combined with liquefied natural gas at an all-time inventory low, thus requiring the need to burn more carbon-intensive coal playing a role I project a low risk investment is very much there for the taking.

With the inevitable increasing legislation to reduce carbon emissions across the board has there ever been a better way to profit from tighter government regulation and the simultaneous investor pressure on companies to comply? So, is your interest peeked? Do you have a view on carbon credit based investments? Would you have invested?

Don’t you just love it when you identify a growing sector early and it starts paying off? Especially as many people currently consider it could be thirty times bigger than the oil sector. But will it last Trudy?

The relevant press has been headlining the most recent, and one of the largest, Carbon Credit exchanges to date by KenGen, the leading electricity power generating company in Kenya, having received 2,591,496 tonnes of Carbon Credits as result of producing 86% of their energy produced wind, hydro and geothermal sources, all assisted by the fact the below Kenya lies on the Great Rift Valley formed by the ever-moving Earth’s tectonic plates.

Digging a little deeper you find that not all is as rosy for Kenyan utilities as the media would have you believe. KenGen sells the electricity it generates to Kenya Power, a State-owned electric power distributor - this later company currently has commercial debts of over £360 million, £158 million of which is owed to KenGen.

Meanwhile KenGen is exporting its electricity and expertise in geothermal production to near neighbouring countries that, hopefully, can pay their bills.

You mentioned the Carbon Emissions of the EU market as being part of the presentation so I have to ask, have you seen the French crime film ‘Carbon’ starring Benoît Magimel, Laura Smet and Gérard Depardieu? A slight digression here (or maybe not!) but the essence of the plot is that the head of a family road transport business, that is nearing bankruptcy, devises a way to save the business using a VAT fraud based on carbon quotas in the European Union and along the way gets entangled with the criminal fraternity. A bearable watch if you have an hour or so to spare.

Hopefully potential investors in this fast emerging market sector can tell the difference between Carbon Credits and Carbon Offsets.

A Carbon Offset is supposed to be a real reduction of carbon dioxide emissions, and results in the generation of a Carbon Credit. Carbon Offsets generate reductions through projects like building a wind farm, supporting truck-stop electrification projects, planting trees or preserving forests.

Sadly, from many of the Carbon Offset schemes – such as when you are ‘persuaded’ to buy Carbon Offsets for a flight – we know there is an entire industry skimming an ocean of feel-good money through a large eco system of pseudo NGOs, churches and businesses, with the last of these famously swapping Carbon Credits so they can keep belching out CO2.

Offsets will only work, in my humble opinion, if they are rigorously audited and certified by for profit, independent, globally accredited organization with real qualifications and professional standards. Perhaps, a radical suggestion I know, but maybe rather than swapping credits, the global central banks should get together to issue carbon coins, to be invested to keep CO2 where it belongs: in the ground.

Much the same applies to Carbon Credits; they need to be rigorously audited and certified as above, as you can see from the diagram and link below this new commodity business is booming. 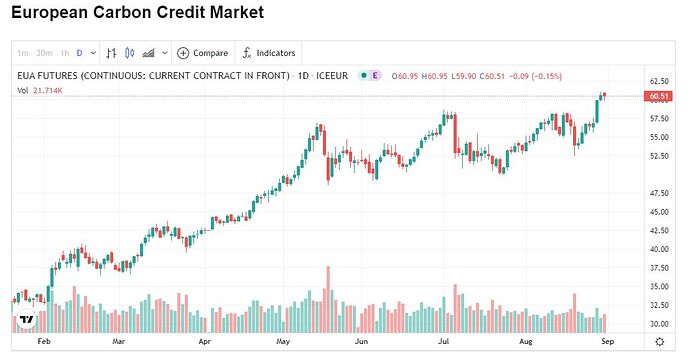 If a company uses fewer credits than it has bought, or produced less emission, it can trade and sell its credits to other parties who need it. All proposed by the ‘Big Green Machine’ that is now in full flow under the guise of solving the alleged ‘climate crisis’ through incorporating the cost of carbon into a market mechanism.

Once the carbon is out of the ground and used domestically or industrially, it’s not going away in our geological era, whatever hope we attach to a pseudo-market solution like offsets.

In a world where even closely watched public companies can cheat the system, such as the much publicised diesel emissions testing, what are the chances that we will be able to devise, implement and control a biofuels or biomass emission system?

It is a hugely fragmented industry with powerful lobby and political support all over the world. Even after decades we are trying to control palm oil abuse in many small but important countries. With that track record of global enforcement, sadly but realistically, I give it zero odds of honest success.

Here in Europe anything connected to EU subsidies is liable to change with governmental interference. At some point the balloon will be pricked to limit the bill but the Eurocrats have their hands full with Covid at the moment so may run awhile.

Checkout the latest prices here and invest away if you dare!